Price-matching is a wonderful thing!

The Sixth Discipline is still free in the Kindle store! This is the seventh day it has been free, so clearly Amazon doesn't impose the 5-day limit that it applies to Kindle Select books. 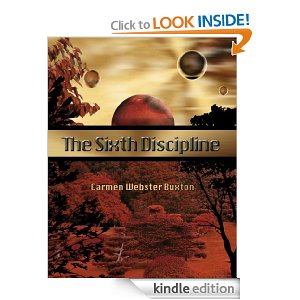 "The Sixth Discipline is a Science Fiction story set in the far-future upon a planet called Haven that has been colonised by several different human factions. The main character Ran-Del Jahanpur is part of the Sansoussy faction, who live a basic existence in the forests that reminded me of native Americans who have developed a variety of psychic abilities. Whilst out hunting Ran-Del is kidnapped by people from the city of Shangri-la who are technologically advanced. The story then follows his captivity and subsequent introduction to the wonders of the city as well as the political intrigue of the ruling families that has led to his captivity in the first place."

"... there is a fundamental romantic element to the plot but I felt the book was more a sci-fi adventure novel that explores some of the politics and interactions between various different factions on Haven."

"The story itself is very interesting and imaginative..."
--The Eclectic Bookshelf book review blog