I had never been to Ravencon before this year. It's held in Richmond, VA--or rather in the suburbs of Richmond. Since it happens to be 15 minutes from my brother's house and a friend of mine was doing his a reading and signing for his first novel, I decided to go.

It's a fun con, not substantially different from Balticon or Capclave except that it seemed to me that there were a much higher percentage of people in costume, and there were also a lot more younger fans. Some of the costumes were fabulous! See what I mean: 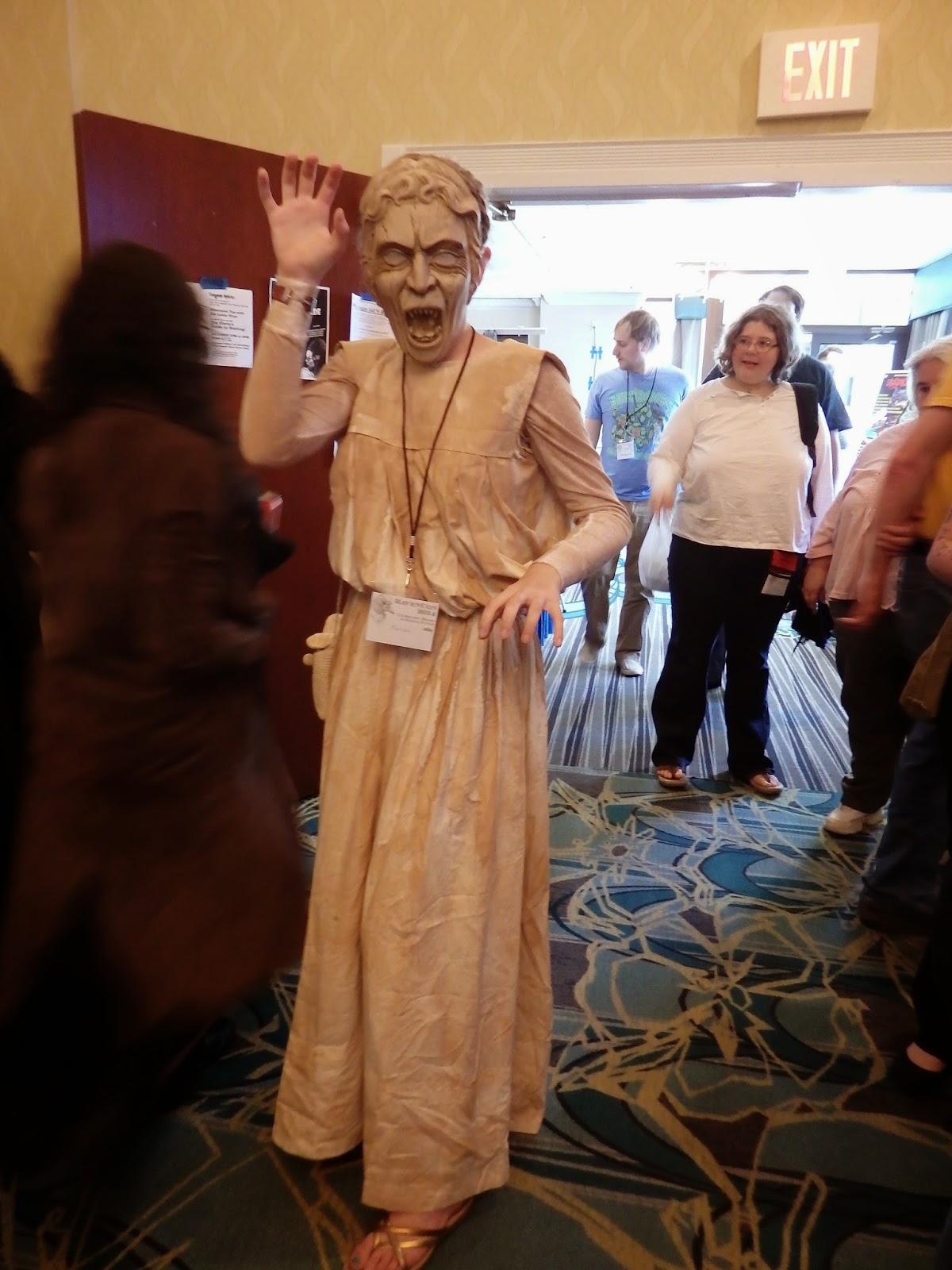 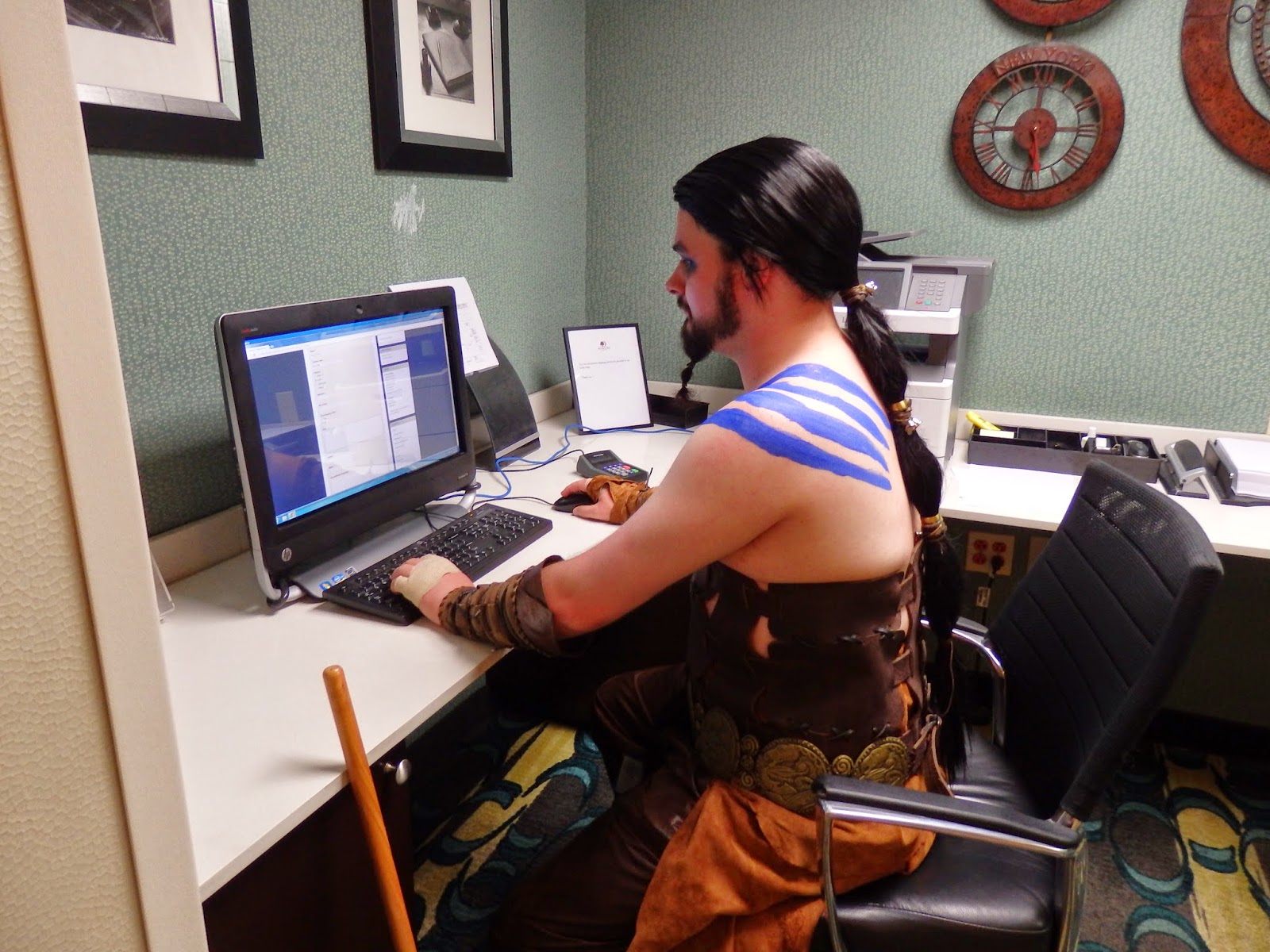 A Dothraki checks his email 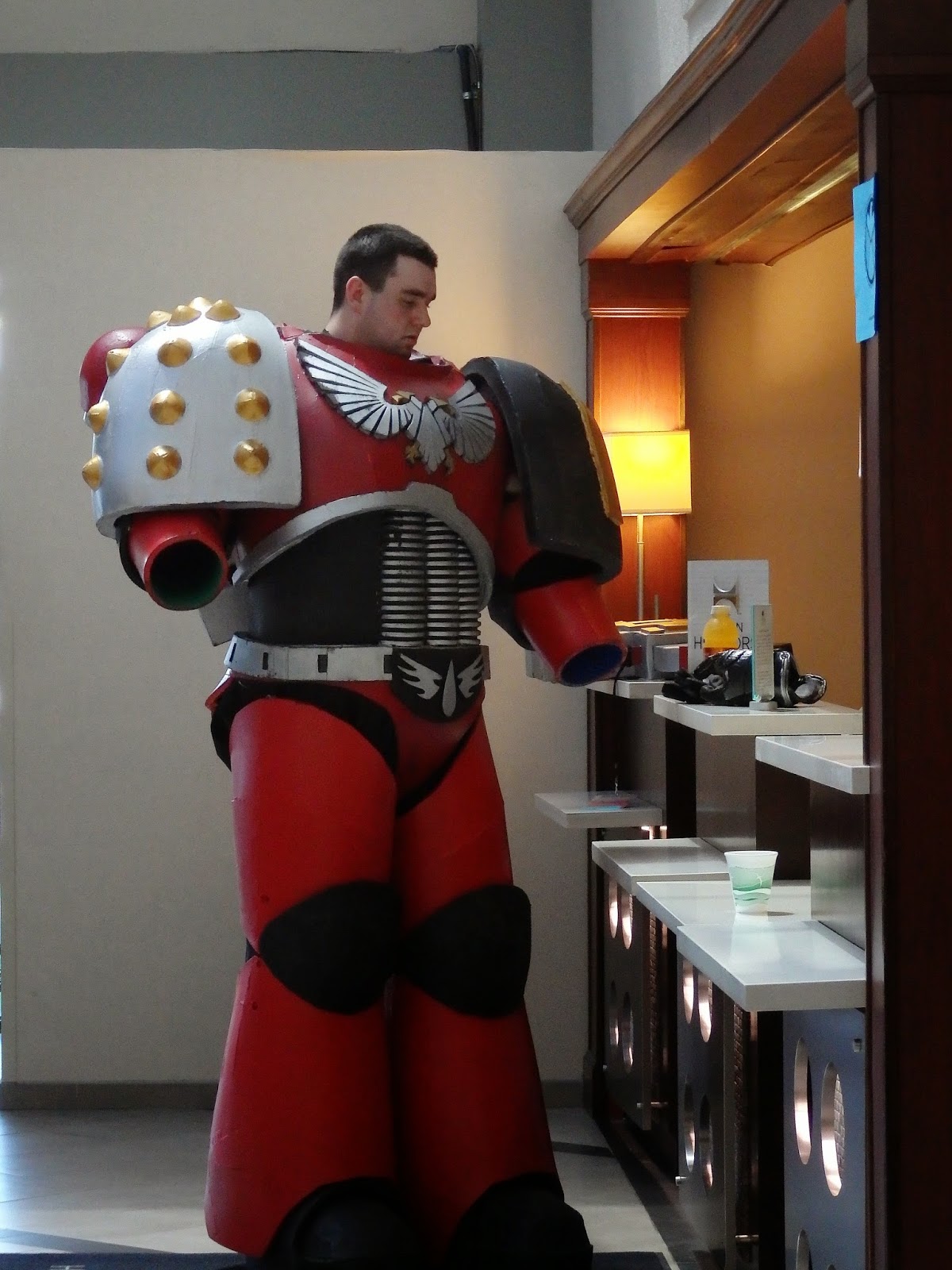 Watching this guy get into the elevator was fun! 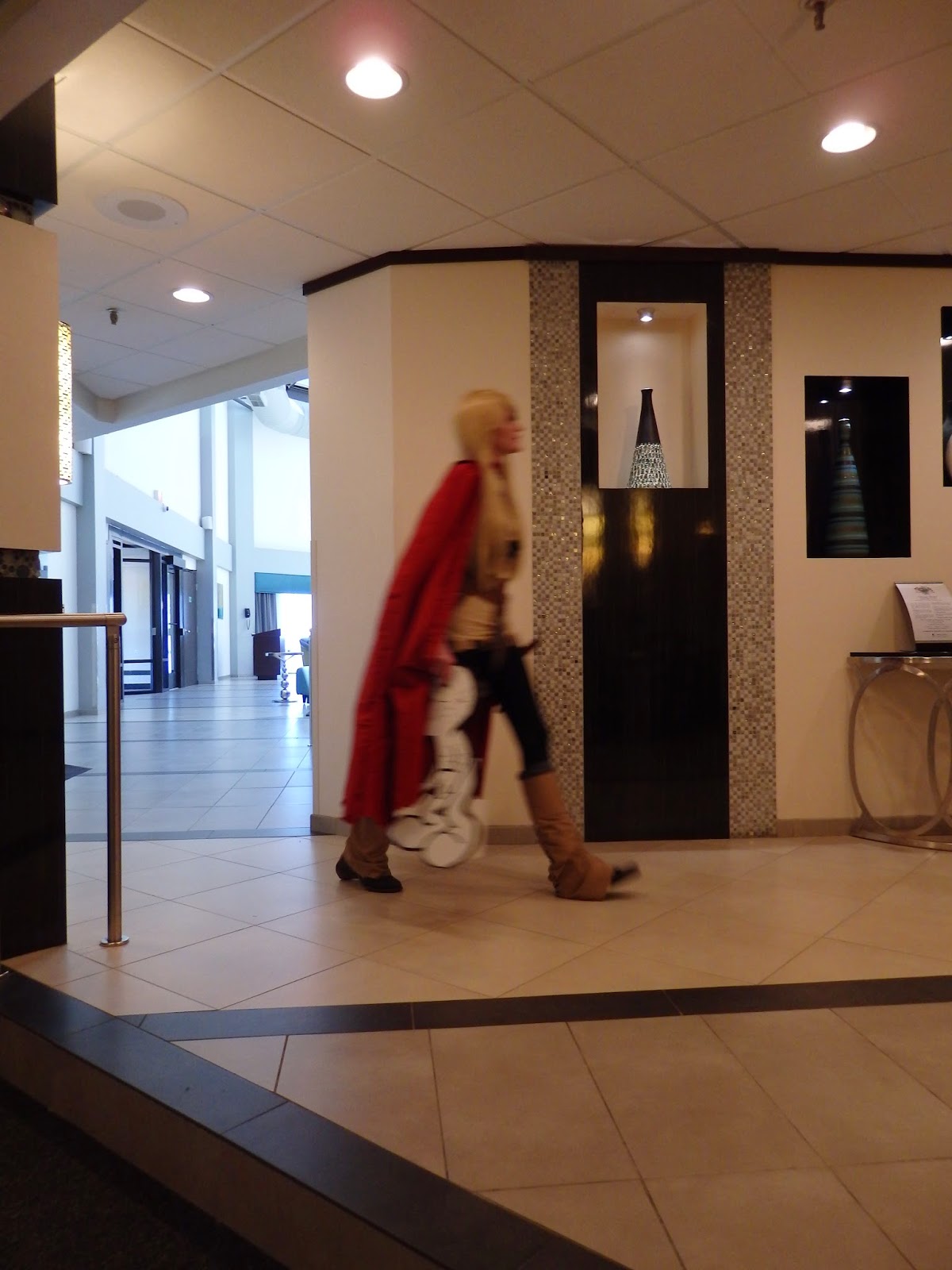 One of several women warriors.