I finally finished the corrections on the proof copy of Saronna's Gift, and uploaded new files to both CreateSpace and KDP. I decided to get the next proof copy with a glossy cover, though, because I am not entirely happy with the look of the matte version.

I am getting excited!  Here's the blurb and front cover: 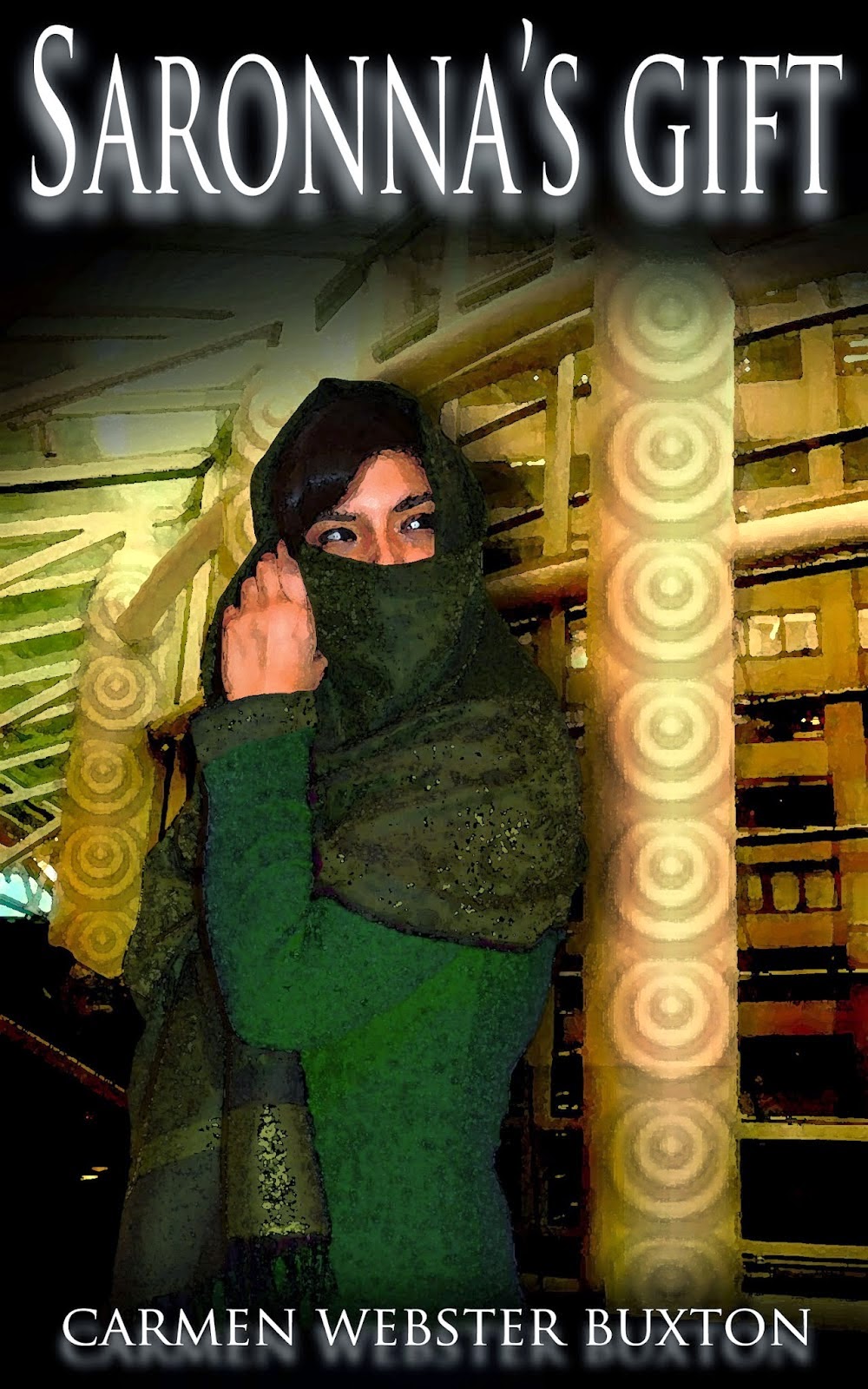 Saronna Maynard never expected to be sold into an off-world household. She and Duncan Trushenko, her new protector, have very little in common, except for living in the same house. Saronna grew up in a small village outside of New Jerusalem, the largest city on Krueger’s World. Duncan grew up on many worlds, and has traveled the galaxy. He is dumbstruck to return from a business trip and find that his father has purchased a companion for him.

Saronna is terrified by the strangeness of the house and her sense of powerlessness, but in a very short time she realizes she might be better off—and safer—in Duncan’s house than in her father’s. For one thing, Duncan doesn’t believe in witches. Also, the more she’s with Duncan, the harder it is for her to believe all men are as evil as her mother taught her. But safer or not, Saronna is still intent on keeping her secrets. After all, she’s still on Krueger’s World.