Print versus ebooks: it's still a debate

You might think that more than eight years after the Kindle launched*, the debate over print books versus ebooks would be settled, but it looks like it's not. CBS News recently weighed in with a post titled Books vs. e-books: The science behind the best way to read.

It gets some things right: it mentions that studies of e-reading interrupting sleep are about LCD screens, and that dedicated ereaders have non-light-emitting screens (although it never calls them e-ink screens). It talks about the advantages that controlling the appearance of the text can give to people with reading disabilities.  There's even link to a website where readers can try out that kind of feature to see if it helps. 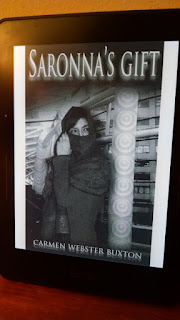 Things the post gets wrong: The title implies one best way to read, and there isn't one! It also calls print books just "books." That's like saying "Cars vs. Electric Cars: Which Is Better?" They're all books! Way back when the codex replaced the scroll, it was just a new format for the same thing. 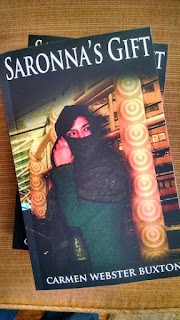 This post also sites a specific Australian study of students to make the claim that "avid readers also tend to prefer reading on paper." I find this bogus! I think if you made a point to include people who own dedicated e-ink ereaders, you would find they are some of the most voracious readers out there.  Furthermore, Australia doesn't have as mature an ereader market as the US.


* I know the Kindle was not the first ereader--not even the first e-ink ereader--but it was what launched the digital transition. The pre-Kindle market for ebooks was minuscule.
Posted by Carmen Webster Buxton at 10:32 PM