Check out my book on the Kindle Scout site!

Kindle Scout is the program Amazon started when they killed the ABNA (Amazon Breakthrough Novel Award) contest. The deal with Kindle scout is, an author posts a never-before-published book-- cover and manuscript-- of at least 50,000 word. Amazon displays the cover and the first 5,000 words of the book for 30 days. People (Amazon customers, the author's fans, anyone a US Amazon account) can nominate the book to be published as an ebook by Kindle Press. In fact, they can nominate 3 books per month.  As a nice bonus, if a book wins, everyone who nominated it gets a free copy a week before it's released, with some encouragement to write a review.

The process isn't purely a popularity contest. The Kindle Press editors review each book that gets enough nominations to merit it, and they decide what gets published, not the number of votes. But it needs some nominations in order to be looked at. 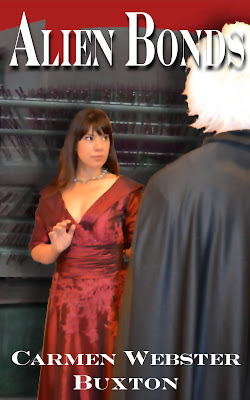 My book is called Alien Bonds. It's a science fiction romance set on a world in my ThreeCon universe. Here's the blurb from Kindle Scout:


Okay, that's the romance. The science fiction part comes from my creation of an alien world where a person's looks don't matter. No one chooses a mate; biochemistry does the selection based on pheromones. It doesn't matter if you're short or tall or thin or fat. No one is gay or straight. People can still be beautiful, but no one is considered sexy. Pairing off is entirely a matter of being near the right person. Once the pheromone lightning hits, those two people are bonded for life. What impact would that have on their culture? Or actually, their cultures, since no world would ever have just one.

Anyway, Alien Bonds has 30 days to live on Kindle Scout. Please visit it, and click the "Show full excerpt" button. If you like it, consider nominating it (hit the Nominate button!). Remember, you can nominate up to three books if you see something else you like! If you have any questions about my book or the Kindle Scout program, leave me a comment, and I'll answer.

Posted by Carmen Webster Buxton at 12:51 AM