Writing the future in uncertain times

In some ways, humans have always lived in perilous times. In the past, life spans were shorter because poor nutrition and disease killed many people well before old age got the chance to. Now, however, science, which enabled more crops, a better understanding of nutrition, and the development of antibiotics and other life-saving drugs, has also created the technology of rapid world-wide travel. The corona virus designated as COVID-19 has spread at an unprecedented speed to create what feels like an overnight global pandemic. 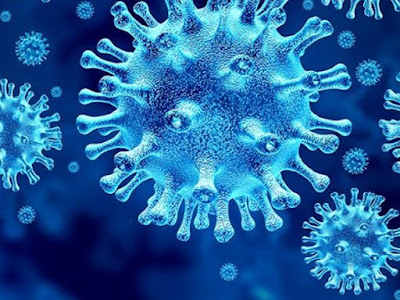 The resulting lock-down of society in an effort to slow the spread of the virus has threatened the world's economy and put countless people out of work. This is scary as hell for a lot of people, and it has highlighted the difference between jobs in the digital world, which can be done anywhere, and jobs in the physical world, which require a person to be present. It also illustrated the length of our supply chain. If people stop going to restaurants, it's not just restaurant owners and cooks and kitchen and wait staff who suffer, it's the suppliers who sell them food, and the truckers who transport it,and the farmers who grow it, and the people who sell the farmers seed and tractors and fertilizer. We are all more economically connected than we ever realized.

If you think about it, though, this kind of epic event also affects people who write stories set in the future. There is no way this pandemic won't have an impact on our history. Once reason I always set my science fiction stories a thousand years into the future (except for Turnabout) is I didn't feel comfortable predicting the shorter term future.

Look at George Orwell's 1984, or Arthur C. Clarke and his series that began with 2001:A Space Odyssey. Orwell only went forward 30-some years. Clarke used about the same time leap (but then the setting jumped forward with the next book, finally ending a thousand years into the future with 3001.). But both books have, of course, been proven wrong. Orwell's story has had an impact on our language and political discourse, but it didn't actually happen (although it is looking more likely every day that Donald Trump is in office). Arthur C. Clarke's story became a visually stunning movie as well as a novel but we went to the moon and did not find any alien artifacts.

In a thousand years there might not even be people anymore. Who knows how many pandemics are going to happen and what their impact will be? I will keep writing, but the future now seems more uncertain than ever.

Posted by Carmen Webster Buxton at 11:19 AM