My new fantasy romance Hidden Magic has launched on Amazon! The paperback version will be available other places soon but the ebook version will only be on Kindle, at least for a while, so that it can participate in Kindle Unlimited.

Don't you just love the cover! 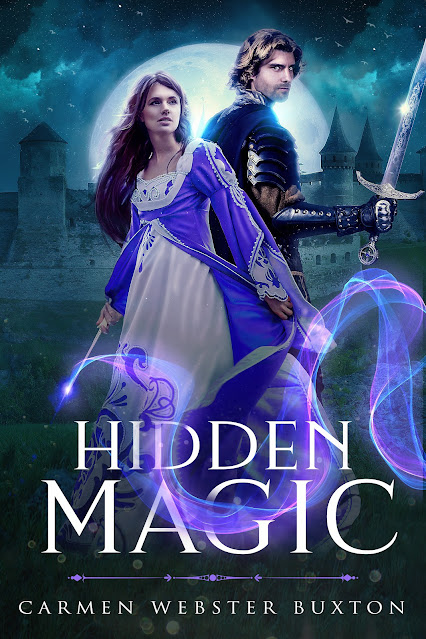 From the back cover:
The valley of the River Wystan is isolated from the rest of the world.  Many years before it had been united under the Lord of Cold Spring, who had suppressed the practice of magic. But when he died, his son wasn’t strong enough to hold the other lords’ loyalty. Now Lord Garrick, the new Lord of Cold Spring, means to resume his grandfather’s role of overlord for the whole valley.  Young Richart Tallengen, newly minted Lord of Esterby, tries to fight off Lord Garrick’s men, but he’s captured and carried to Cold Spring Castle

When his sister Maura comes to Cold Spring to see her brother, she catches Lord Garrick’s eye.  Lord Garrick is as attracted by her courage and her brains as much as by her looks, but he is very surprised to discover that there is more to Maura than meets the eye. She has magical abilities, even though she doesn’t know it.