There has a been a huge kerfuffle on the web lately about online book reviews. The New York Times had a story about a man who created a pay-for-reviews service that was blatantly not providing honest reviews.  That article mentioned mostly self-published authors, but there has also been some fuss about traditionally published authors creating fake online personas, not only to praise their own works but to trash other writers' books!

Let me just say that if I were going to pay for reviews or create my own, I would have many more! Getting bloggers to write reviews is not easy, and apparently not that many readers think to go online and write reviews when they finish a book. Supposedly, reviews are what sells books. Certainly, best sellers have lots of reviews (usually hundreds). But when you look at my books' Amazon rankings, what stands out is that my best seller (not counting the free book) is No Safe Haven, which has one and only one review. 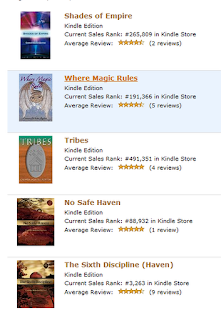 Of course, that's disingenuous. NSH is selling better than my others because it's a direct sequel to The Sixth Discipline, which is free. I'm basically a book pusher. "Sure, kid, have some! It'll make you feel good, and it's free."  Of course, the next hit costs $2.99.  People are buying the second one, but they're not reviewing it!

Interestingly, I have the most reviews (nine!) for The Sixth Discipline. Perhaps people who get it for free feel somehow obligated to post a review? Although, actually, not all nine reviewers got the book for free, but more did than didn't because I gave away some review copies even before Amazon made it free.

I wonder if the fuss about bogus reviews will devalue them on Amazon? And I wonder why some people post reviews and some don't? If anyone out there feels like answering, let me know what makes you post reviews, or why you don't post them. You can leave a comment or send me an email at my address on the Contact tab.

Or don't you want to do that either?

Email ThisBlogThis!Share to TwitterShare to FacebookShare to Pinterest
Labels: Amazon, my books, No Safe Haven, sales data, The Sixth Discipline 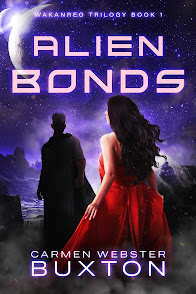