Update: Google made a video/slideshow of my photos!

We just got back from the 2017 World Fantasy Convention, which this year was held at the Wyndham Riverwalk in San Antonio, Texas.

WFC is a unique convention for the science fiction and fantasy crowd. Dressing up is discouraged, and there is no masquerade. Program is minimal except for readings. The writers, editors, and agents who attend are there to network.  In spite of the name, there are plenty of science fiction fans and writers there, too.

The first thing that happens when you register is they hand you a bag full of books. 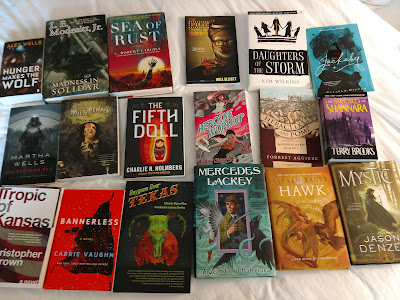 Next, you check out the lobby, to see who's here. In the Wyndham, the main bar is right off the lobby, which makes it easy because anyone not in the lobby itself is probably in the bar. 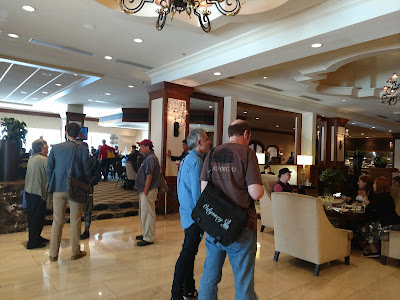 As you can see, it's still a pretty casual crowd, even if no one is in costume. The hotel restaurant is also off the lobby, and this one did a nice job handling the crowd. Most folks had either breakfast or lunch there but for dinner, everyone seemed to head out to find a restaurant n San Antonio's famed Riverwalk. 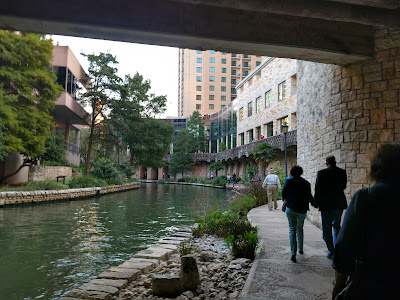 The Riverwalk is a beautiful venue for a walk or for dining al fresco (except it was too hot and muggy). The river itself isn't deep, but San Antonio makes the most of it. The walk is a little below street level and nicely landscaped.  There are a lot of stairs, which makes it difficult if you have mobility issues. 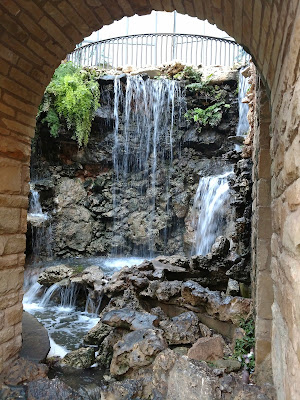 I always try go to readings at WFC, but one I would hate to miss is Joe Haldeman's. As I said, the F in WFC isn't as restrictive as it sounds. Joe has written a few fantasies, but science fiction is what he's known for. 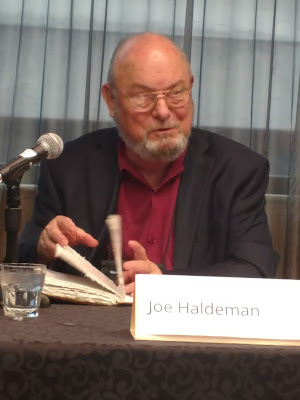 If you have occassion to walk at street level, one thing you'll notice is that San Antonio is making an effort to preserve the look of older buildings, even when it re-purposes them. This building is no longer a theater but they left the ticket booth. 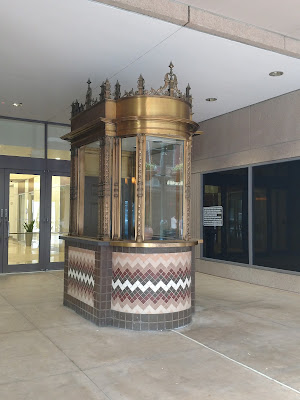 Of course, from the air, a lot of the buildings look like every city. This was the view from our 11th floor room. 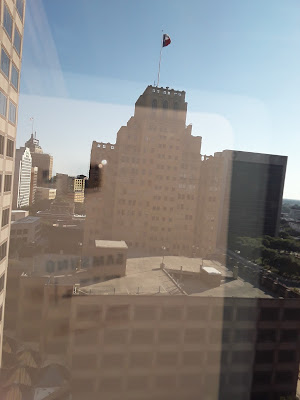 Next year WFC is in Baltimore.  I already have my membership!