ALIEN BONDS, a story that works on two levels #MFRWhooks 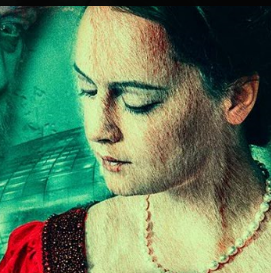 My novel Alien Bonds is undeniably a love story. It concerns two people, a human woman and a Wakanrean man, who meet at the beginning of the story on his world, called Wakanreo, and instantly mate from a  biological reaction that occurs only in Wakanreans. But even though Dina goes home with Kuaron that night, she does not love him.. You cannot love someone you don't know. It is over the next several months that her love for him grows, as does his for her. But at the same time, the story explores the culture and history of Wakanreo. It's an attempt to show what a world would be like if looks didn't matter—if people had no choice in who they paired off with. and thus sex had nothing to do with morality.  How would this uncontrollable mating affect the societies that formed on this unique world? In human history, much of the stratification of society was achieved by people only marrying within their own social order. What if it wasn't possible to enforce that kind of discrimination?

Read the book to find out! Alien Bonds  is available in paperback and on the Kindle, and it's free in Kindle Unlimited.

The Wakanrean stood in front of her. He glared down at her, his face contorted into a scowl, his amber eyes glowing with contempt.
“I beg your pardon.” Dina tried to keep the quaver out of her voice. “Do I know you?”
He was so close, she could feel the heat from his body. Either that, or the room had gotten suddenly warmer. Dina felt herself flush from head to foot.
He didn’t answer, but all at once it was as if his anger was a physical thing, an invisible mass, pushing against her. She stepped backward, stumbled, and almost fell.
She reached for the mezzanine railing behind her, and in the same instant, the Wakanrean grabbed her arm.
Dina froze, utterly baffled. The orientation had said clearly that Wakanreans would always avoid touching a Terran, and yet here was one not only touching her, but holding her firmly by the arm and helping her to stand.
The orientation had also failed to warn her that a Wakanrean’s touch was so warm it almost burned. Dina could feel a flush of heat on her arm where his hand still gripped it. She stood straighter and looked into his face. He had typical Wakanrean features—an arched nose, large round eyes, a wide mouth.
His expression changed as she watched. His anger faded to confusion. He looked almost stunned. His nostrils still flared, but from the way his eyes had opened wide, Dina knew he was surprised rather than angry.
Neither of them had taken a step since he took hold of her arm. Dina swallowed once, conscious of discreet glances and overt stares from those around them.
“I’m all right,” she said finally, wondering if she was speaking the truth. The dizziness had passed, but she still felt lightheaded. “Thank you, but you can let go now.”
He loosened his grip but didn’t release her for a few seconds. When he did, he brushed her bare arm with the back of his hand. Dina was amazed when it sent shivers of anticipation up her spine.
“This is unexpected.” His wonderfully resonant voice had a rich, warm timbre to it that made Dina’s shivers change from anticipation to yearning.
“Yes,” she said, unsure of what he meant, but afraid to give offense.
“Where do you live?”
“I have an apartment in the off-world sector,” she said, wondering why she was answering him. She fought the urge to close her eyes and just listen to that wonderful voice.
“My house is in the cliffs outside the city. Let’s go there instead.”
“All right.”
It took Dina a moment to realize that she had agreed to go home with him.
Posted by Carmen Webster Buxton at 5:38 PM